Pavel with Pavel or Paulus with Paul

My first visit to Russia turned out to be my debut on a Russian stage. An absolutely fantastic experience. 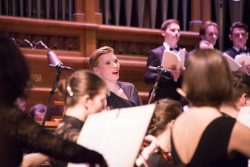 Moscow State Symphony Orchestra and the huge Choir, conducted by Pavel Kogan showed such a discipline and equilibrism when making music that I and my colleagues spent the two days of rehearsal and concert in a constant state of fascination and joy. The work with Kogan felt natural, direct and uncomplicated. His interpretation rather passionate in a way that I find fits the oratory very well. It is rather funny that Paulus and Pavel are written the same way in cyrillic “Павел”, but I’ll leave the topic of etymology to an other post.

What truly made me feel a deep gratitude and happiness was to get the possibility to make music in the Great Hall of the Moscow Conservatory, or rather, the acoustic of the Great Hall…Definitely way beyond of what I’m used to. 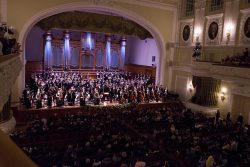 The Great Hall of the Moscow conservatory is one of the most famous concert venues not only in Moscow and Russia but in the world. Maestro Kogan told me it is (supposed to be) acoustically one of the five finest concert halls in the world. It was opened in 1901 and
renovated in 2011 –  beautifully decorated in yellow and with portraits of i 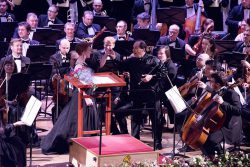 mportant composers looking down at you when standing on stage. The hall has 1737 seats and our concert of Mendelssohn’s St. Paul was sold out. I enjoyed myself so much that I didn’t even get really nervous.

It was a very unexpected gig turning out to be pure bliss.